Meet Me at the Pearly Gates

Why had Sabrina suddenly begun to dream about Gordon Challinor? She hadn’t seen him since primary school. They’d been made to sit boy next to girl and they’d been put together. He’d been her first childhood crush aged seven with his bouncy dark hair and mischievous brown eyes. They’d flirted in a childish manner; he’d pinch her ruler and flick paper at her from the end of it and laugh when it hit her in the face. She’d slap him playfully and share his laughter. Kiss chase played in the playground was always a game to be looked forward to. She never ran too fast away from him, knowing he’d catch her up easily with the longed for kiss.

They’d lost touch when they’d gone to secondary school. He’d been cleverer than her and gone to the grammar school; she’d failed the eleven plus exam and gone to the local comprehensive. Their homes were a distance apart which was why they’d never seen each other around. Even during teenage night life their paths hadn’t crossed in discos, she’d almost forgotten him – but not quite. Occasionally he had come into her thoughts throughout life. Was he married? Had they had children? Boys or girls? She’d been blessed with a son and a daughter, now both with families of their own and here she was, widowed and having reached the age of seventy five.

Why was it Gordon not her late husband who was haunting her dreams? She missed Derek, of course she did, but she’d never felt they’d been soul mates. They’d got on well enough but hadn’t shared the same interests or been on the same wavelength. She’d accepted his death two years earlier and had grieved for him but hadn’t felt heartbroken. In fact she’d felt guilty for enjoying her own space. Now it was Gordon’s face that kept appearing to her.

The dreams were vague, hazy. His face was never clear but she knew it was him, even in the dreams where he appeared as a man, as she’d never seen him and could only ever wonder. Sometimes they spoke in the dreams, sometimes not. One in particular stuck in her mind. He'd walked her back to work at lunchtime. She’d leaned up and kissed him.

‘Love you,’ she’d said, then gasped realising that they hadn’t mentioned the ‘L’ word. She’d waffled. ‘Well I don’t. Well I do, kind of, you know what I mean.’

He’d laughed. ‘Yes I know what you mean. Love you too, kind of.’

That had been the snapshot of the dream but the feeling had lingered in her being throughout the next day, suffusing her soul with an apricot glow.

“Where have you come from Gordon Challinor?” she asked the empty room.

The thought nudged at her consciousness to contact her psychic medium, see what she had to say about it.

“Who is Gordon in spirit?” was the first thing Claudia asked.

Sabrina was aghast! She’d told her nothing.

“He was in my class at primary school but lately I’ve been dreaming about him – almost every night.”

“He’s your twin flame, your mirror soul. He’s only recently passed.” She paused as if listening. “He has a message for you. He says meet me at the Pearly Gates.” 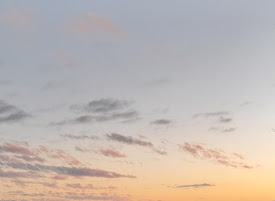 If you enjoyed this story perhaps you'd like to take a look at my novels, memoirs and collections on my website.
http://www.sherrielowe.co.uk/
Thank you for reading.

Phoenix
I am a divorced mum and nanna. I have suffered from ME/CFS since 1995, which forced me to give up my job as a learning support assistant to pupils experiencing difficulties with literacy and numeracy in a mainstream high school. I started to write seriously in 1995 and it has saved my sanity. For many years I tried the traditional route to publication but then I discovered FeedARead.com and have since published ten novels, two memoirs and two short story/poetry collections with them. All books are also available as ebooks from Amazon, and most also in paperback via Amazon.